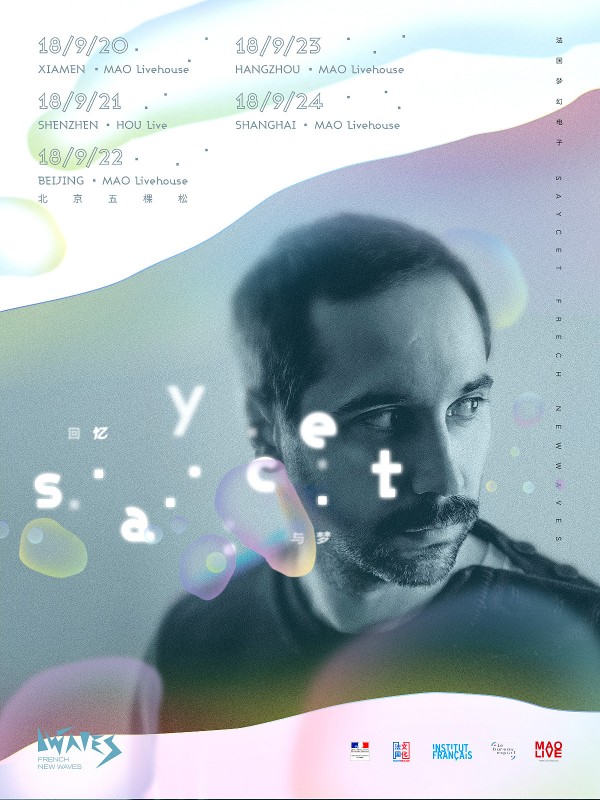 From September 20 to 24, Saycet will perform in China for a serie of 5 dates in the venues of the Mao Live network.

Sound designer by day, electronic artist by night. Saycet has been working on his visual electronic music since 2005. On stage, videographer Zita Cochet joins him to illustrate his productions. He will perform in several cities across the country and will share the headline with a local artist.

Saycet is the third and last artist selected in the context of a call for participation made possible by a partnership between Le Bureau Export, l’Ambassade de France en Chine,  l’Institut Français and Chinese promoter Mao Live.